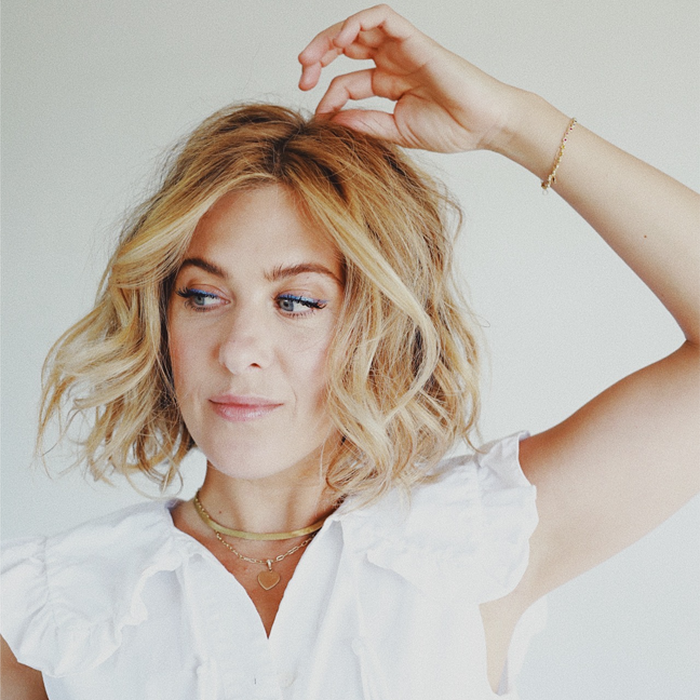 With her laidback attitude and accessible approach to hair, celebrity stylist and newest R+Co Collective member Ashley Streicher has cemented herself as a go-to hair guru for celebrities seeking effortless beauty with zero ego. But Streicher, a Southern California girl through and through, doesn’t just focus on celebrity; she brings her easy-breezy, feel-good personality to her countless social media fans as she teaches them techniques they can use to elevate their beauty outside of the salon. Here, she talks about her two new R+Co product launches, SUN CATCHER Power C Boosting Leave-In Conditioner and DREAMHOUSE Cold Pressed Watermelon Wave Spray.

Tell us a little bit about your SoCal lifestyle and how that influenced why you launched SUN CATCHER as your first R+Co collaboration.

Ashley: My California experience played a big role in SUN CATCHER’s development; it’s easy, laidback, fuss-free and multiuse. It’s no surprise it’s a leave-in conditioner, but it’s also so much more. I have this on my hands at all times, whether I'm out doing clients for the red carpet or at the salon, or doing friends' hair or my own. I think it's just a good base to work from. SUN CATCHER’s very light and can be used alone or layered with other R+Co products; it can be used wet or dry. So, it literally is for everyone—even on my mom's poodle! (Yes, the poodle uses it.)

With air-drying increasing as salons begin the reopening process (due to limiting both time spent in the salon and blow-dryer usage), do you see SUN CATCHER as an integral tool for stylists?

Ashley: Yes, definitely. But I think it also empowers everyday people to be able to do their own hair and to have a bit of control in such an uncontrolled time.

Since celebrities don’t have access to their glam squads, they’re doing their own hair for appearances—just like us! How are you empowering them?

Ashley: It's very interesting. I actually just got my first job since the pandemic began to do a video hair tutorial for a celebrity. And, actress Mandy Moore is one of my best friends and also a client and she doesn't know how to do her own hair, so I’ve taught her how to air-dry her hair properly. With air-drying, the effort is minimal and she looks cool. The good thing is: Nobody wants perfection anymore. That's so boring. Honestly, I think that's why I'm doing so well because I mess up so much, and I think people can relate with that. Imperfection's where it’s at.

Do you think salons should pivot to virtual consultations, like the one you’re doing with the celebrity, so that everything is ready to roll by the time the client gets to their salon appointment?

Ashley: Yes! I think a virtual consultation prior to the appointment definitely cuts a lot of time out of being in a salon. And quite frankly, we're not going to be allowed to spend that much time together.

You developed a new fragrance for your collection called Stars Align. What was the process?

Ashley: I wasn't in a white lab coat testing all day, every day; it was over a long time period, which may have actually been the best-case scenario because I had time to not smell it for a while and then re-smell it. I actually gave the lab a stick of Palo Santo and told them to burn it—I want that smell. There was a lot of back and forth and being super particular about every note. All three of the products in my California Collection will have this scent.

Can you tell us about the other products?

Ashley: Well, I’ll tell you about DREAMHOUSE Cold-Pressed Watermelon Wave Spray, which looks like a rainbow in the bottle because it’s a tri-phase waves spray. It has three different levels of product that, when you shake it together, all becomes one. DREAMHOUSE gives you good wave. It's one of those products that's very multi-use, too. It makes hair brighter; it gives you this depth to your hair color, but also at the same time protects your color.

When you started your career, did you ever imagine you’d have your own hair product collection with R+Co?

Ashley: Absolutely not. I remember being taught by Howard McLaren at Bumble and bumble when I was 18 and just being like, "Oh my God, you are a God." And now I get to work with him. It's insane. It's insane.